Richard Méril, known under the name Richartiste, is a talented Martinican artist, famous on social medias (14.4K followers on Instagram). He started getting know from an early age with the short animation "En bel so", which marked the animation scene of the French West Indies. Now Storyboarder for famous animation parisian studios, his brilliant career, is a true source of inspiration for any Antillean chauvinist who should be. 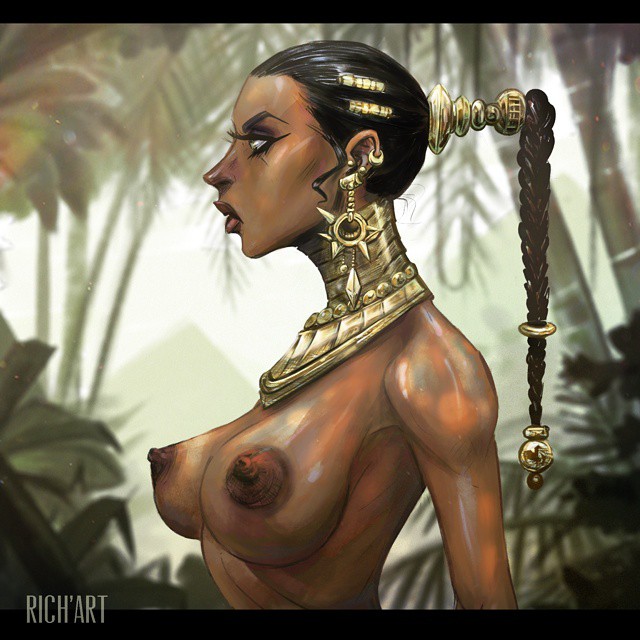 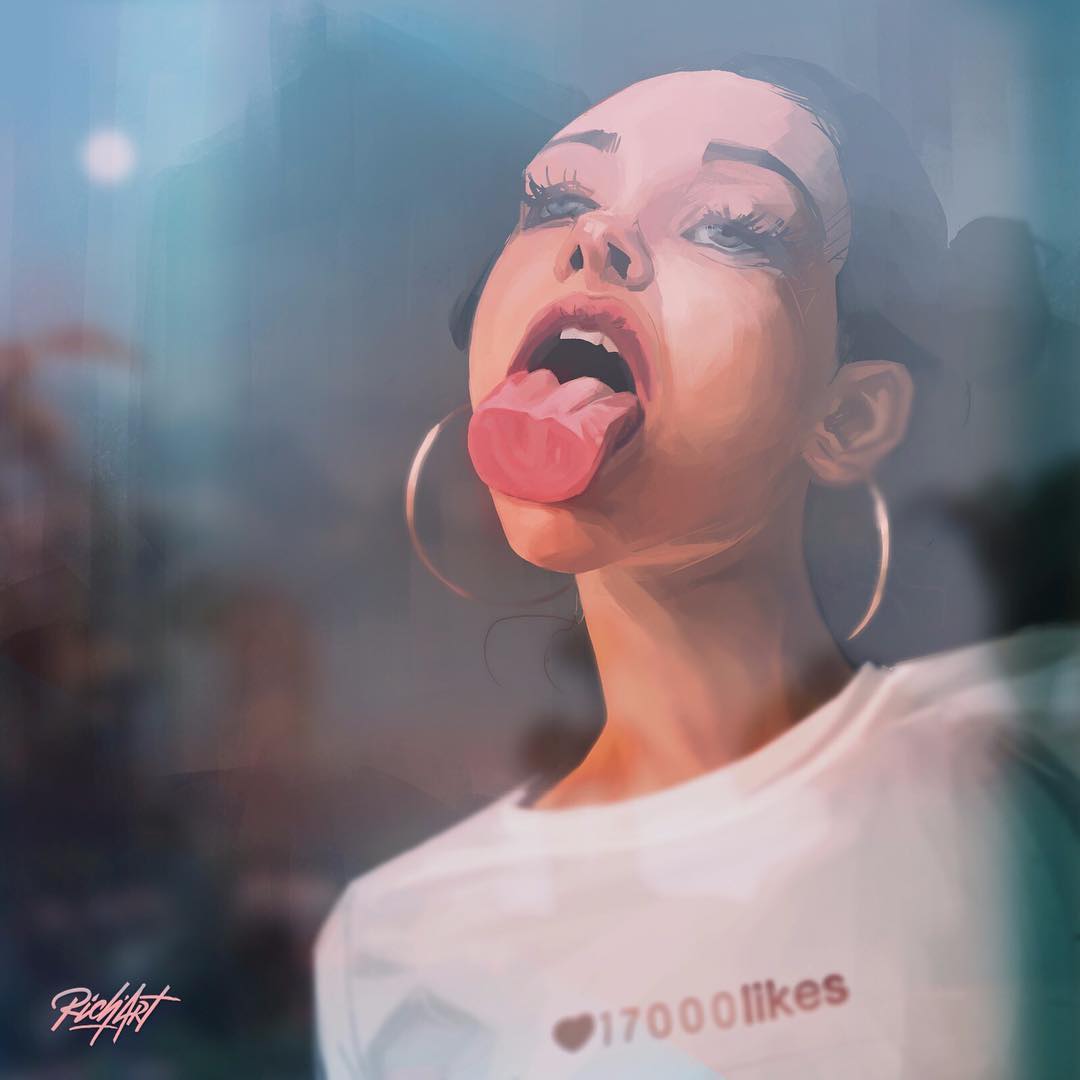 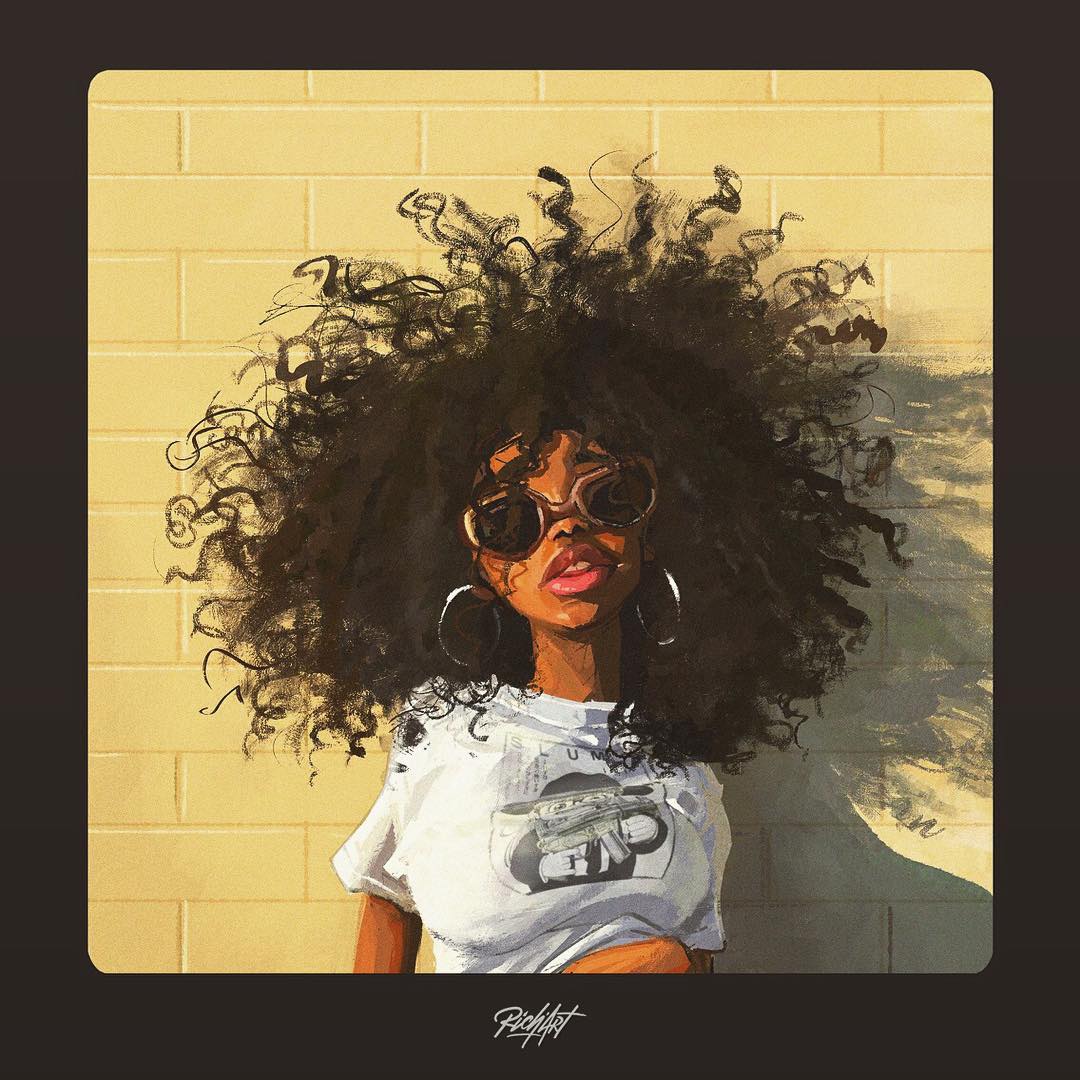 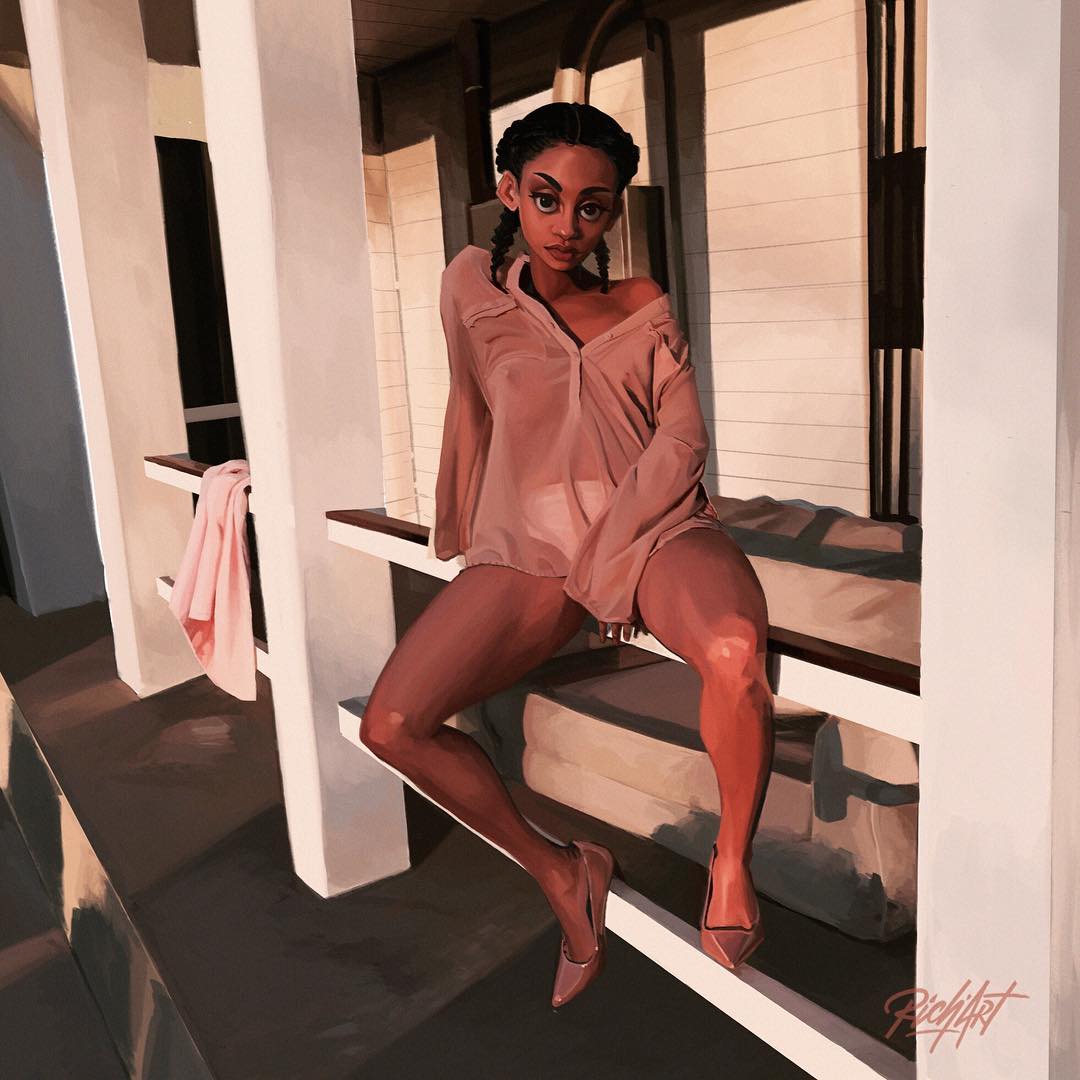 ✢ Click on the arrow to the right to discover the artworks

C -  Who is Richartiste ? Tell me about yourself.

R - My name is Richard Méril, I was born in Martinique, I'm 30 years old and I'm a storyboarder. I lived there until I was 17, then I went to France. I attented art prepatory classes, and was then accepted to the famous school of art specializing in illustration Emile Cohl in Lyon (France). I'm a big fan of manga, I love Dragon Ball Z, I used to draw characters when I was younger!

« Don't listen to people and run behind followers & likes. I have my own style, and now people love it. I have been able to assert myself.»

C - How did you become Storyboarder ?

R - Before my studies, I did an internship with François Gabourg, in Martinique. I had the opportunity to make my first storyboard with him. It was very interesting because it was something different than drawing. It was the first step toward storyboarding.

Then, In my 3rd year, I talked with my teacher, Sydney Kombo, he has worked for Disney, Pixar, the Guardians of the Galaxy, Gravity, Advenger... He put me in trust, telling me that I have the level for the Storyboard, which I had much easier. I ditched the BD specialization that I wanted to do initially for Animation specialization, on his advice.

You must know that Emile Cohl is a popular school, there were rankings, many competitions. Being storyboarder is difficult. To tell you the truth, I liked the idea that not everyone could do it. 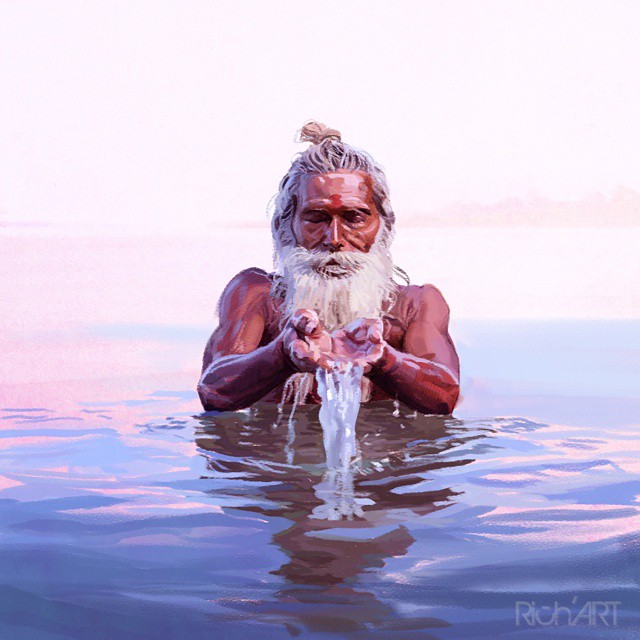 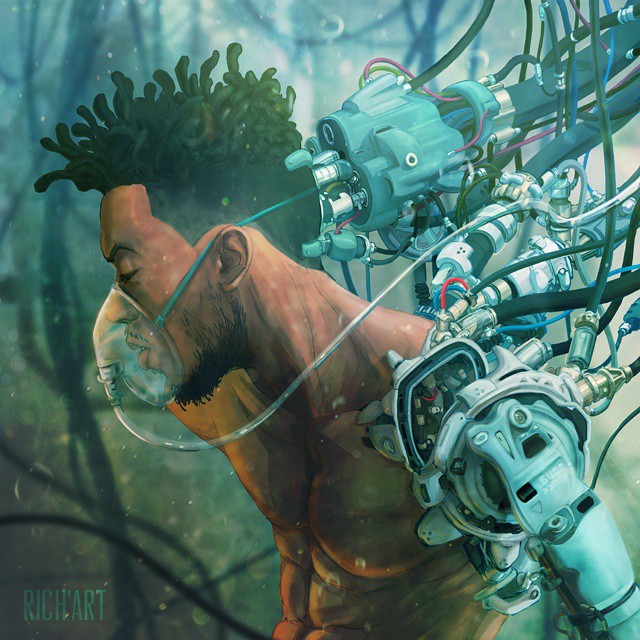 C - You love make illustrations about street women, creoles, urban. Your style is unique. Tell me, what inspires you? What are your artistic influences?

R - I was frustrated for a while not being able to create illustrations because of storyboarding, it bothers me to be reduced to this job. I want to have fun, not to be closed in clichés like "you're Martinican, so you can't draw white people", I love the science fiction, Afro Caribbean, my inspirations have no limit.

I was known thanks to the short film "en bel so", and for a long time, I drew only the characters of the animation. Then I changed my style, I drew something else, and at first it did not have success with my followers ... But I continued. Don't listen to people, don't run behind followers & likes. I have my own style, and now people love it. I have been able to assert myself.

C - We feel in you a real desire to raise the street-creole style, the afro futuristic atmosphere, to expand in the world. How Caribbean culture influences your artworks?

R - From my parents, I had access to a mixed culture : Martinique (FWI) + France, quite open to the world. I grew up in Martinique, so in a local, dancehall environment and all that.

My women's drawings, are clearly inspired by the attitudes of potimitan * women , strong, feminine, brave. I'm very attracted to this kind of women. They are a reflection of our history, of slavery.

« My women's drawings, are clearly inspired by the attitudes of potimitan * women »

*Potomitan : Creole expression that refers to, usually the mother, powerful and unwavering support of the family, center of the home. It is the individual around whom everything is organized and supported.

C - What are your main creative tools? Photoshop, graphic tab ...?

R - I mainly use Photophop and the Wacom Cintiq 13HD tablet. 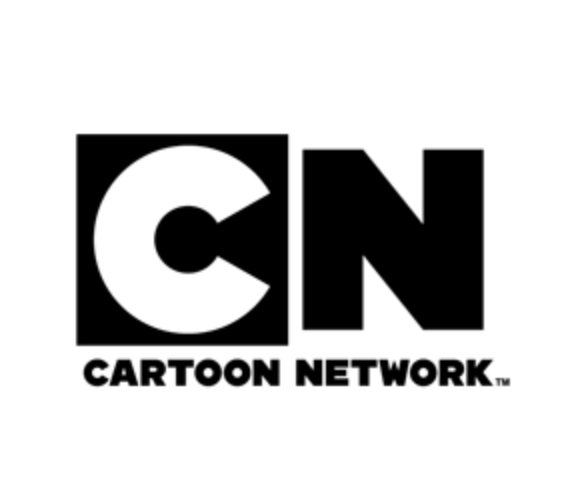 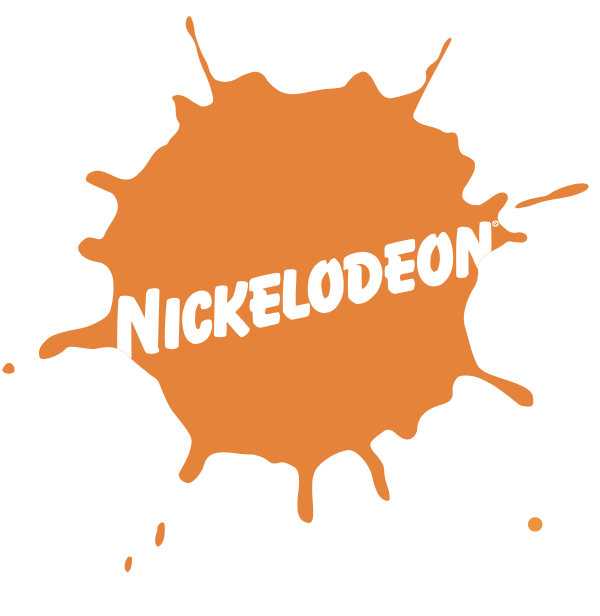 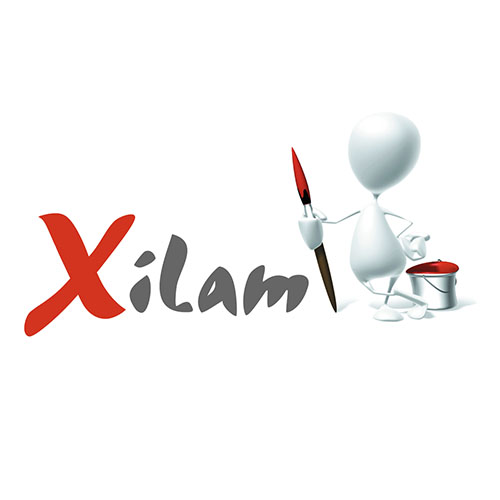 C - Can you tell me a little bit about your career? What are you doing now ? What are your future projects? R - I am a professional Storyboard, I worked for Cartoon Network, Nickelodéon, Hari Studio ... I just finished a serie called « Mister Magoo » ordered by Dreamworks , who will be out in 2019. As of November, I will start the serie « Moka », intern project of Studio Xilam those who realized Oggy and the Cockroaches, Space Goofs, Shuriken School ... ) who will be out in 2020 .

On the illustrations side, I also created a company, Richarstudio. I'm a member of the RS2R (Red Son Red Rum) haha, we do visual music.

Otherwise, I would like to develop my style a little more. I have always wanted to create a feature film, or go working in the States. By pride and of the fun, I'd love to work on Rick et Morty.

Richard also illustrated a book that you will find here. We hope soon to watch the feature film, disvover new illustrations and why not an animation scify afro-caribbean? In any case, it's an artist that we follow closely, to whom we wish the best.

A Pictorial Stroll through the Caribbean with PriscArt